Spider Bites: What To Do

A myth that many people still believe is that spiders bite while people are sleeping. It’s commonly thought that if one experiences a skin irritation or rash, it’s probably from a spider… even if the spider was never seen. People should be relieved to learn that spiders rarely bite. In fact, most spiders aren’t even big enough to do any harm. Even still, occasionally a person might accidentally touch a spider in a threatening way causing it to react to protect itself. While most spiders’ bites are harmless, it’s important to know what to do.

Types of Spiders that Bite

Spiders have the potential to bite but many have fangs that are just too small to pierce the skin of humans. Even if they were able to bite, their venom isn’t strong enough to do harm, except in the case of someone being allergic. Bites by the following spiders are commonly reported to cause moderate to severe reactions:

It can be difficult to identify a spider bite. Studies have shown that many reports of spider bites were actually due to bites from other insects, fleas or ticks, and skin infections. If a spider is seen biting or someone suspects they have been bitten by one, the following signs and symptoms may be present:

How to Care for a Spider Bite

Bites from harmless spiders typically don’t produce any symptoms or may just appear as a small red or itchy bump that requires no special treatment. If a person suspects they have been bitten by a black widow or brown recluse, or they are suffering from severe pain and other symptoms, they should seek medical attention right away.

To Care for a Spider Bite and Provide Information Necessary to Medical Professionals, Follow These Steps:

Spiders, while relatively harmless, have been known to bite from time to time. In general, they do so only when trapped. Even though many spider bites have been misdiagnosed, it’s helpful to understand what to do and when to seek medical care.

If you’ve noticed spiders invading your home or business lately, call PURCOR so we can send you a spider control quote today. 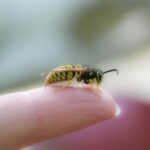 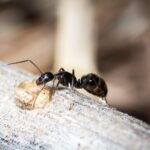