From millipedes and centipedes to boxelder bugs, occasional invaders are pests that enter your home but do not necessarily create an infestation. Occasion invaders are considered nuisances, rather than actual threats to your health and safety. These nuisance pests may wander into your home after a rainy day or cold weather drives them indoors.

While they may be dangerous, finding occasional invaders in your living space or workplace can be alarming and frustrating. Additionally, the appearance of any pest in your home or business can be stressful for residents or harm an establishment’s reputation.

Dealing with occasional invaders? Contact PURCOR Pest Solutions and discover how we can control and prevent these unwanted critters.

What pests are considered occasional invaders?

The term “occasional invaders” applies to a wide range of pests that enter residential and commercial buildings in search of food and shelter but do not pose serious threats to your health, safety, or property.

Silverfish are an excellent example of an occasional invader. These small, silver insects are common pests that are drawn to moisture in houses and apartments. Finding one scuttling across your bathroom floor is an unpleasant experience, but they do not bite, sting, spread harmful disease, or seriously damage your property. Other occasional invaders include:

Centipedes and millipedes are arthropods that commonly invade residential homes’ basements in search of shelter and small pests to hunt. They have long, segmented bodies, many legs, and long antennae. They do not carry disease, but centipedes may sting when they feel threatened.

Countess beetle species in the United States make it their mission to invade your property. Carpet beetles, flour beetles, and cigarette beetles are just a few of the bumbling pests that target homes. While some occasional invaders are pushed indoors by the weather, beetles seek out your living space for its resources. Beetles feed on a wide range of home goods, including flour and other dry foods, carpet, fabric, and even wood. If you suspect you have beetles, contact PURCOR.

Earwigs are an especially alarming occasional invader. Armed with pincers on their abdomens, earwigs are nocturnal creatures that hunt smaller insects around your home and feed on houseplants. Contrary to popular belief, they do not climb into people’s ears; they do, however, crawl around basements and bathrooms, which makes them nuisances.

Another occasional invader that homeowners often battle is the boxelder bug. Similar to stink bugs, boxelder bugs use their unpleasant stench as a defense mechanism. They have long, oval-shaped bodies with black, orange, or red markings.

In the spring and summer, boxelder bugs gather around rocks, boxelder trees, and homes to reproduce. In addition to the odor they spray when threatened, boxelder bugs also bite, leaving painful red welts.

How do I deal with occasional invader pests?

The best way to deal with occasional invaders is to keep them from invading in the first place. Keep your home tidy by vacuuming often to suck up pests (and potentially their eggs), and keep food in airtight containers that they can’t get to. Additionally, don’t bring home thrifted furniture; second-hand furniture pieces may carry carpet beetles and other unwanted critters.

If occasional invaders do manage to get indoors, however, leave them to PURCOR’s pest professionals. We offer targeted, effective pest control solutions built on industry-leading techniques and knowledge. Not sure what kind of occasional invader you’re dealing with? Contact our team or explore our pest library to learn more.

No one can predict when occasional invader pests will strike, but when they do, you can rely on PURCOR Pest Solutions. We’re proud to offer residential and commercial pest control services throughout the United States. For peace of mind against occasional invaders, request a free estimate from our team today. 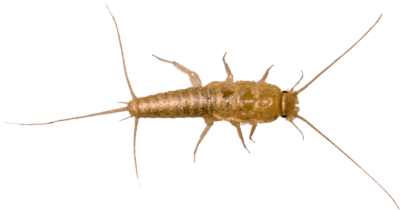