Wasp Stings and How to Treat Them 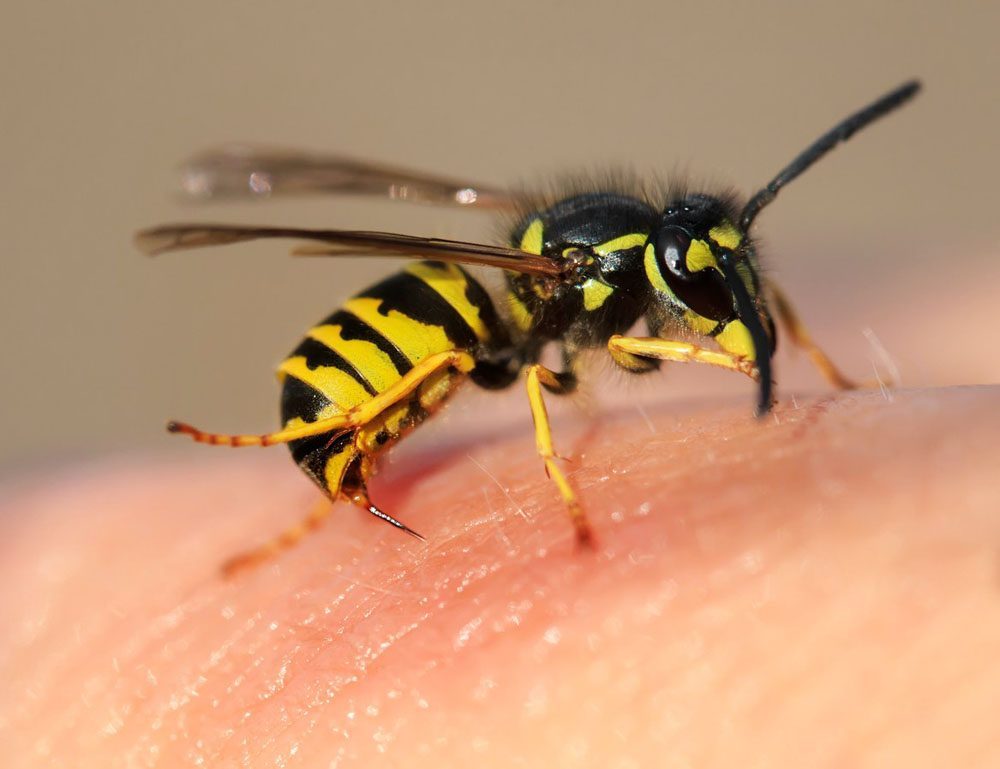 If you’ve been stung by a wasp, you know just how painful their stings can be. As summer begins to unfold, the risk of getting stung by a wasp is higher. Wasps are constantly on the lookout for food and water, as well as expanding their nests as more and more wasps are hatched. Understanding wasp behavior is crucial to avoid unnecessary stings.

When wasps emerge during spring and early summer, they’re busy building a bigger nest, feeding their queen so she can lay more eggs, and foraging for the necessary food to support their colony. Anything that interferes with these tasks can be perceived as a threat, including a human’s proximity to their nest. Wasps are an aggressive order of insects, and more inclined to attack than most bees. Wasps are also predators in a way that most bees are not, and are also carnivorous. This is why they hang around barbecues and picnics.

The most common types of wasp we see are paper wasps, yellowjackets, and bald-faced hornets. The bald faced hornet is also the most aggressive. In late summer, wasps become much more aggressive foragers, because their nests are at high capacity, and resources are quickly becoming scarce. This aggressiveness, combined with outdoor food availability from human activity, can make the likelihood of wasp stings much higher. Wasps will sting if any threat is perceived, which can be as simple as a human walking by their nest or swatting a wasp away while walking.

How to Avoid a Wasp Sting

If a wasp flies near you, we have one critical tip: don’t swat! When wasps sense danger, or when their body is threatened (squished or pinched, for instance), they release a pheromone that will stimulate aggression in other wasps. The release of this hormone signals danger, and if other wasps are nearby, they’ll come to attack as well. Wasps can sting more than once, so swatting or squishing a wasp can bring some serious consequences.

Immediately after being stung, wash the area with soap and water to remove as much venom as possible. Apply a cold compress to the wound site; this can help to numb the pain and reduce inflammation. Keep the area clean and dry to prevent infection. You can cover the sting site with a bandage if you desire.

Prevention is a great way to cut down on your likelihood of being stung by a wasp around your home. Scan around your front and back yard and:

If you’re worried about a wasp nest near or around your property, give PURCOR a call. We’d be happy to remove the nest safely and quickly! 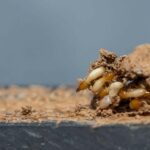 How Termites Can Eat Up Your Home’s Sweat Equity

3 Reasons You Have Ants in Your House This Summer 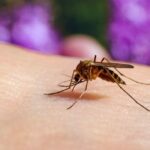 Tired of Mosquitoes? Learn How You May Be Attracting Them